BANNING, Calif. (AP) — A wildfire in mountains east of Los Angeles that has forced thousands of people from their homes was sparked by a malfunctioning diesel vehicle, fire officials said Monday. The vehicle spewed burning carbon from its exhaust system, igniting several fires Friday on Oak Glen Road in […]

BANNING, Calif. (AP) — A wildfire in mountains east of Los Angeles that has forced thousands of people from their homes was sparked by a malfunctioning diesel vehicle, fire officials said Monday.

The vehicle spewed burning carbon from its exhaust system, igniting several fires Friday on Oak Glen Road in Cherry Valley, and authorities were asking anyone who may have seen such a vehicle at the time to contact investigators, according to a statement from the California Department of Forestry and Fire Protection.

The blaze in Riverside County, among several wildfires across California, had consumed nearly 42 square miles (more than 108 square kilometers) of dry brush and chaparral since it broke out Friday evening, fire officials said.

As of Monday night, it was just 7% contained and the fire along with coronavirus precautions made for added stress at an evacuation center, said John Medina, an American Red Cross spokesman.

Volunteers used to “close contact” with evacuees have had to adjust their approach during a time of social distancing, Medina said.

“I mean, that’s part of the recovery of a disaster, is that you have to show warmth and love and caring. And that’s hard when you’re standing 6 feet away. So that’s the biggest challenge,” Medina told KESQ-TV. 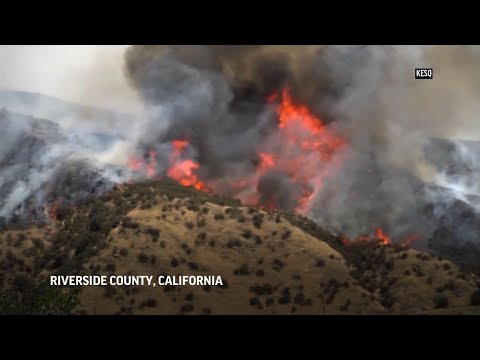 Bill Boehm helped his mother evacuate her home with her three horses and said the pandemic hasn’t stopped people from coming together to assist each other.

“Everyone seemed to be wearing masks and such, so that type of precaution was still going on,” Boehm told the news station.

The blaze began as two adjacent fires in a rural area near the city of Beaumont, about 85 miles (137 kilometers) east of downtown Los Angeles.

Flames raced along brushy ridge tops and came close to houses while firefighters attacked from the ground and air. By nightfall, the flames were burning into the San Gorgonio Wilderness, where the brush was becoming sparse and limited the fire’s intensity, according to Zach Behrens, a spokesman for the San Bernardino National Forest.

Five buildings had been destroyed, including at least one home, authorities said. One firefighter was treated for an injury and returned to work.

In Northern California, evacuations were ordered after a wildfire that sparked Sunday afternoon spread quickly and burned near homes near the East Park Reservoir in Colusa County. Complicating firefighters’ efforts were temperatures in the area north of Sacramento climbed to 98 degrees (37 Celsius) by Monday afternoon. The fire was 40% contained.

On California’s central coast, a fire in San Luis Obispo County was 60% contained Monday after burning more than 2 square miles (6 square kilometers) of brush east of the community of Santa Margarita. Two structures were destroyed but officials said it was unclear whether they were homes.

In Riverside County, officials allowed flames from the Apple Fire to run up the side of Mount San Gorgonio, an 11,000-foot (3,350-meter) peak, because it wasn’t safe to let crews work in such steep, rugged terrain, said Lisa Cox, a spokeswoman for the U.S. Forest Service.

Evacuation orders and advisories were issued for about 2,500 homes in mountain, canyon and foothill neighborhoods. Campgrounds and hiking trails were closed in the San Gorgonio Wilderness area of the San Bernardino National Forest.

A smoke plume was visible for miles around and contributed to poor air quality.

Firefighters fought the blaze in scorching weather. The temperature hit 111 degrees (44 Celsius) on Monday in nearby Palm Spring.

Sat Aug 22 , 2020
WASHINGTON (Reuters) – The California Air Resources Board (CARB) and major automakers on Monday confirmed they had finalized binding agreements to cut vehicle emissions in the state, defying the Trump administration’s push for weaker curbs on tailpipe pollution. FILE PHOTO: Traffic moves slowly on the 405 freeway in Los Angeles, […] 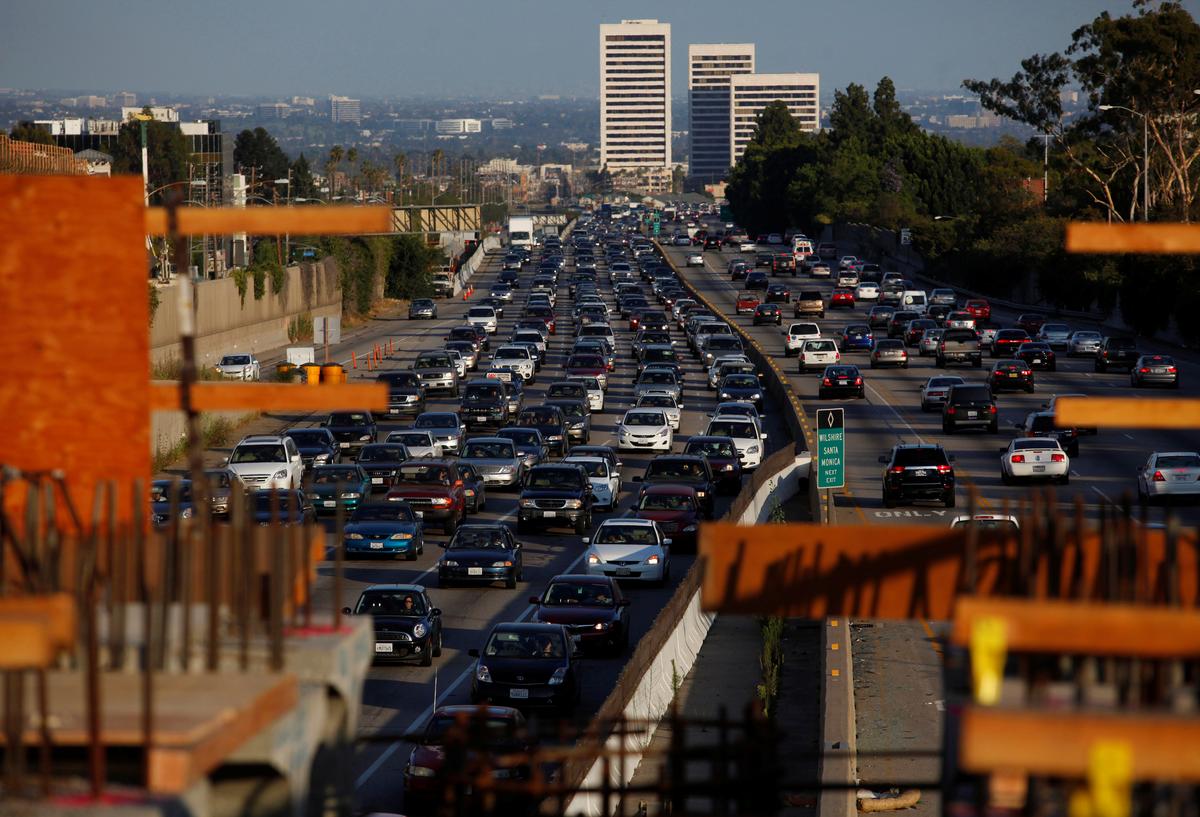