Let’s shake ourselves out of our four-wheeled stupor, look at the vehicles and devices being developed, and reimagine how we’ll move around our cities, says TED technology curator Alex Moura. Humanity has come a long way from traveling by horse, but when we consider the future of transportation in cities, […]

Let’s shake ourselves out of our four-wheeled stupor, look at the vehicles and devices being developed, and reimagine how we’ll move around our cities, says TED technology curator Alex Moura.

Humanity has come a long way from traveling by horse, but when we consider the future of transportation in cities, too many of us are still stuck in the 18th century. We still envision our streets full of four-wheel chariots (minus the horses), and our future as relying on cars or car-like vehicles, because that’s all we know. Why this myopia? For most automakers and transportation companies, adhering to the status quo is more profitable than experimenting; their business models, even for forward thinkers like Tesla, depend on their keeping drivers tethered with maintenance and service. And builders and urban planners have learned to limit their thinking because existing regulations and clunky political processes have made it nearly impossible to innovate without years of negotiations. As a result, we’re laying the foundations for a transportation future that carries forward the problems of the past.

But there can be another way forward, a new vision of transportation that upsets the four-wheel chariot model. And signs of it are already rolling across the landscape. By looking at some of the most advanced vehicles and devices out there — not just concept cars and prototypes but vehicles that are already in use or being road-tested in the real world — we can start to see a more interesting, less car-based future. Based on this new crop of transportation-related devices, I’m making the following four predictions:

1. Cars will become much, much smaller.

While SUV and truck sales have been on the rise worldwide, that trend has been boosted by low gasoline prices, which can’t last given the finite supplies of fossil fuels. As we move forward, personal urban transportation will be dominated by individual vehicles. In 2015, Toyota launched a trial run of its three-wheeled i-Road electric vehicles — which resemble an enclosed motorcycle and fit only a driver and perhaps a small passenger — through a network of sharing stations in Tokyo. (We road-tested them at TED, too.) The project is now expanding throughout Japan, a nation with more electric car-charging stations than gas stations. In a bid to become the first country to embrace smart transportation systems, government officials have gone as far as trying to create international car-charging standards.

In the next decades, bikes will still be a big part of how we move around urban areas. But while many people will continue to use bikes for health reasons, new technologies may overtake them, offering better ways to zip short distances inside cities. Much less cumbersome than a bicycle, scooter or Segway, these seated one-passenger devices take up roughly the space as a person. Without requiring handlebars or parking spaces, they’ll run on sidewalks, paved pedestrian areas and bike lanes. Honda’s Uni-Cub, a compact electric device with self-balancing technology, is being tested in airports, shopping malls, museums and other indoor venues in Japan (and in that OK Go video). It was designed so that riders could maintain eye-level interactions with other people. Unlike a bike or scooter, these devices leave a rider’s hands free to move, so she can do something else while she travels. Active transportation — devices that enhance our natural abilities, rather than restrict them — will be be an important part of the future.

Today, many people use cars because they need to haul groceries, work supplies, sports gear … stuff. In the future, we’ll use small wheeled robots that can follow us, like Gita, a mobile servant from Piaggio that is being tested in Italy. Gita was created by a group of historians, designers and architects who are trying to reimagine how our streets could be better used. Bonus: We’ll be able to program these rolling helpers to move autonomously, picking up and dropping off things for us all by themselves.

4. Self-driving vehicles will zip through invisible streets of data.

What’s stopping us from having a massive autonomous transportation system right now this minute? Old systems. Not just old streets, but weak data networks. Right now there’s a handful of self-driving cars and thousands of drones in use, but in the near future there will be millions of each, along with other new technologies, and they’ll all be able to communicate with each other and with our handheld and home devices. Superfast, reliable, omnipresent data networks like 5G and Super WiFi with large-scale antenna networks and millimeter wave technology must be built to accommodate the vast amount of data needed. Currently, no country in the world has the infrastructure to accommodate such a flow. Advanced networks are in development, with companies like Qualcomm, Nokia and Samsung field-testing and striving to make them available before 2030. When ready, they will truly turbocharge how we live and commute.

I know some naysayers may think these predictions are fantastical. But then, 20 years ago, I told my coworkers we’d soon be playing games on our phones and they all laughed. Let’s see what happens over the next 20 years! 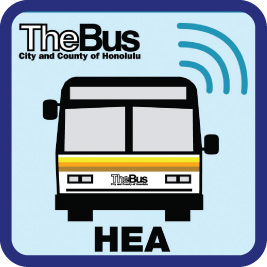