Grouped with pedestrians as a Pedestrian-On-Wheels.

Same rights and legal standing as every other vehicle operator.

The safest form of recreational and utility cycling- by far.

The Shameful State of American Advocacy.

Who claims to speak for You? Are you sure they do?

“Take care to get what you like or you will be forced to like what you get.”

Do you feel that 93% of federal funding for bicycle transportation should be used for shared pedestrian/bicycle paths and trails with less than 2% going for such things as education, sharable-width lanes and bikeable shoulders? Does your bicycle advocacy organization measure success in terms of ribbon-cutting ceremonies? If so, congratulations- you are a modern American “bicycle” advocate and you are well represented. Transportation planners, state and federal departments of transportation, government funded bicycle-pedestrian groups, bike manufacturers associations and trade groups, powerful path and trail building organizations, environmental and outdoor recreation organizations, the motoring majority, and tragically many well-meaning cyclists and essentially every cycling club, organization and alliance all have your interests in mind.

“If American bicycle advocacy leaders had championed the civil rights movement, the “Dream” would have been reserved seating in the back of the bus.”
– Jack R. Taylor

The American Toy-Bicycle Syndrome
Bike riders are unpredictable. Motorists should not have to dodge or be delayed by bicycles. Much more like pedestrians than vehicles, bicycles should not be on the roads at all. If a separate sidewalk or other pedestrian/bicycle path can not be provided, then bicyclists must be kept out of the way of motorists by the use of separate bicycle lanes.

How did this happen, and how does it continue?

The Toy-Bicycle Syndrome began in the 1950’s and is based upon the concept of bicycling as children’s’ play activity, which in fact it largely was in the America of 1950. In the 1970’s a fitness-crazed adult American public discovered the modern lightweight 10-speed bicycle and the “bike boom” began. Millions of cyclists took to the roads and panic set in with motorists and transportation planners that had long held the belief that bicycles belonged on sidewalks. Thirty years later, those same concepts prevail and control the American bicycling environment.

Worse than ignorance alone, the American public and transportation establishment base their beliefs and actions on a false foundation. Motorists and the vast majority of bicycle owners have no understanding of the concepts and safety of proper cycling and how easy it is for motorists and cyclists to coexist. Rather than working for the little that is needed to make vehicular cycling safe, easy and practical on every road, American bicycle advocacy, decisions and goals are invariably based on the toy-bicycle syndrome.

Support our sponsors- they support cycling.

Can’t Live Without It

ProBicycle is all advocates, all volunteer.
100% of funds received from sponsorships, donations or merchandise go back into our advocacy. No one at ProBicycle is ever paid…. although we did finally pay the people that printed the stickers.

Great gifts!
Use INTERNET99.COM
Google Search
100 Google Results
Per Page
and much more.

My wife thinks cycling is a great way to spend time as a family while burning a few calories. For her, the family ride is quality time. Then again, she does not have the trailer with 50 or so stuffed animals and the 2-year-old singing “Old McDonald” attached to her bike.

Since the bicycle makes little demand on material or energy resources, contributes little to pollution, makes a positive contribution to health and causes little death or injury, it can be regarded as the most benevolent of machines.
– S. S. Wilson

Once folks are grown up, it seems, we are supposed to propel ourselves by burning petroleum.
– Murray Carpenter

Cyclists fare best when they act and are treated as drivers of vehicles.

We must never accept being denied the use of the roadway, and we must never
accept facilities that prevent the roadway from being improved for cycling.
In every case that one can think of, cycling on a properly-designed roadway
with adequate width for the traffic it carries, is better for cyclists than
any other system.
The idea that a significant amount of transportation will be done by politically correct people who have been enticed by false promises of safety to ride on slow and dangerous bike paths deserves all the jeering it receives. Basing the national cycling program on such a pathetic hypothesis is a scientific disgrace.

NOTE: 2010: “Bicycle Transportation” is scheduled for reprint. You can wait and not pay $100’s for a hard to find copy.

From the Rome News-Tribune:

A 6-year-old child was transported to Floyd Medical Center for treatment of a leg injury today after his bicycle rode into traffic and struck a passing car.

On our Blue Biker feature:

Wonderfully brilliant satire, but I wonder how many people will actually know this is a satire, as it drips of proper bureaucratic-speak, which is all many “bicycle advocates” want to hear or know how to listen to.
– Wade Smith

Think, question and maybe change – maybe not. But above all else, think.

“Now that we have hit upon the Blue Biker idea, it seems pretty obvious that the concept that drove the Blue Bike Lane program was only the beginning. It seems there may be no limit to what paint can do.”

Fri Apr 17 , 2020
The goad of this project is to implement a robust pipeline capable of detecting moving vehicles in real-time. Even though the project was designed for using classic Computer Vision techniques, namely HOG features and SVM classifier, in agreement the course organizers, I decided like a few other students to go […] 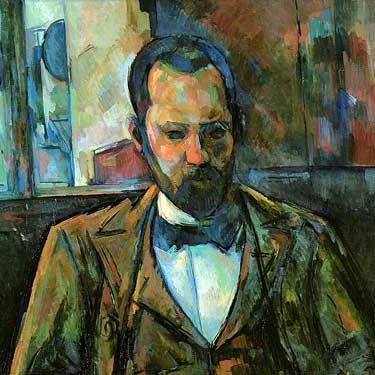