Metro’s proposed payroll tax on employers to fund billions in transportation projects ran into deep voter opposition across the Portland region on Tuesday, and what will happen next is unclear.  A light rail line to Bridgeport Village, the culmination of years of planning, is in limbo. Safety projects contemplated for […]

Metro’s proposed payroll tax on employers to fund billions in transportation projects ran into deep voter opposition across the Portland region on Tuesday, and what will happen next is unclear.

A light rail line to Bridgeport Village, the culmination of years of planning, is in limbo. Safety projects contemplated for decades on dangerous roads like 82nd Avenue and Tualatin Valley Highway will continue as mere thought bubbles in planning documents while more people die or are seriously injured on those dangerous state-owned highways.

TriMet, the largest diesel fuel user in the state, missed out on a critical funding source it banked on to help it move away from polluting toward clean energy. A long fought effort to provide transit passes to all tri-county high schoolers remains a pipe dream.

Measure 26-218u2032s defeat was an outlier in Portland proper, where voters frequently approve big ticket tax or spending plans. It’s the first significant ballot defeat in Oregon’s largest city since 2011, when voters rejected a Portland Public Schools district bond. The district returned and passed a similar measure the next year.

But in a jampacked ballot, the payroll tax measure stood out because of the well-funded opposition campaign that successfully worked to defeat it. They appeared to have outspent proponents $2.8 million to $1.1 million, including blanketing TV with ads blasting what they said would be a job-killing payroll tax. A separate campaign run by union supporters planned to spend $145,000.

Nobody involved in opposing the package disputed that some form of transportation package is necessary, but how to pay for it and how it should be shaped to gain voters’ OK is unclear.

The day after that defeat, one thing is certain: The hard feelings between some large employers who most ardently opposed the measure and Metro Council President Lynn Peterson, its lead architect and champion, remain.

Neither side is pleased.

“Despite our best attempts to work collaboratively with Metro to delay the measure or scale it back, the voters have now spoken,” Andrew Hoan, executive director of the Portland Business Alliance, said in a statement. “Because of the rush to the ballot, regional transportation planning and investment will be set back for years to come. No one is sitting around happy that we’re not getting key transportation projects for our region. We should’ve never been here in the first place.”

Jeff Reading, spokesperson for the Stop the Metro Wage Tax campaign, said the Metro Council needs to “look in the mirror and reassess” how it got to this point.

“If progressive politics is about making the case for new money to pay for the things that you care about, it’s an ill-conceived strategy to alienate the people who end up doing the paying,” Reading said Wednesday.

Peterson noted that the opponents succeeded in getting their message out, and proponents could have done better.

“They were successful in misinforming voters,” she said.

Peterson deferred on what a potential compromise measure might look like, saying that a coalition of community and business groups must form a new plan.

She has some regrets, primarily about insufficient positive messaging to voters, but not about putting the issue on the ballot. “This conversation needed to happen. This region has been waiting for this conversation for four decades. We all know that doing nothing is not an option.”

Nike, the sports apparel giant, contributed $500,000 toward the ballot fight, a modest figure in the company’s overall finance picture but an amount that appears to be the largest electoral contribution from the company in its history. The overall campaign raised $2 million and blanketed the region with creative, sometimes provocative flyers – including one that implicitly reminded voters that Metro euthanized Packy the elephant.

It ultimately deployed $2.8 million worth of opposition, including $800,000 worth from consultants and marketers whose bills the campaign has yet to pay. “The $800,000 was spent to ensure victory,” Reading said Wednesday. “Over the next few weeks, we will continue raising money to pay our final bills and close the books on this successful campaign.”

Greg Rossiter, a Nike spokesperson, would not confirm that the company had never contributed more to any campaign. “We have a long track record of successfully working with elected leaders and community members to support levies and bonds for essential public services, including schools, parks and libraries,” Rossiter said. The company is “often one of the largest business contributors and a strategic partner to these efforts.”

Peterson, the former Clackamas County chair and Washington state transportation leader who campaigned for the regional leadership position in large part on moving forward a large transportation package, said Nike “refused to participate” from the get-go.

They had plenty of chances. “They declined to be on the task force,” Peterson said of the 30-person group that helped mold the transportation package over a nearly two-year period. She said she doesn’t know what Nike wants out of the region’s transportation system.

Rossiter said Nike “received and provided input” from the task force through business groups. The Portland Business Alliance, of which Nike is a member, had several representatives on the task force.

Peterson said upon reflection, she thinks Metro Council and the Getting There Together coalition could have done a better job selling the measure to voters. She said the campaign didn’t do enough to convince the public about the need for $3 billion light rail line and its accompanying features – like replacing aging viaducts on Barbur Boulevard. Peterson said the general public didn’t have enough facts about how the 11-mile line would serve the broader employers around Tualatin and Bridgeport Village and the Portland Community College Sylvania Campus.

The light rail line would work in tandem with the affordable housing bond in and along Barbur Boulevard, she said, and that was something the campaign didn’t make clear either, she said.

“We can’t walk away from investment in Barbur Boulevard,” she said, “We just can’t,” adding that a “clear decision” was made that light rail was the best option for that region.

Tyler Graf, a TriMet spokesperson, said the transit agency was disappointed in the voters’ decision and noted the light rail line would have created jobs before and after construction.

“However, we understand that this measure was a substantial ask during a time of significant economic uncertainty and the unprecedented impacts of COVID 19,” Graf said in a statement. “While there was broad and enthusiastic community support for the transportation improvements in the package, the funding levels needed to advance those projects on an aggressive timeline appear to be more than the current economic climate could support,” he added.

Graf said the project team will finish its final Environmental Impact Statement soon, “then temporarily shut down the project while we explore a path forward.”

“We will have advanced the project to a point where it could be efficiently restarted at a future date, when resources become available,” he said.

Neither the proponents nor opponents could clearly articulate what changes would need to happen to restart negotiations, but it’s clear the business groups want to see some signs Metro Council has changed its tune.

Reading, the no campaign leader, said he didn’t have a strong sense that the voters’ said no to the measure because of the transportation projects specifically, saying it was the “impact on employment and paychecks” that fueled the opposition.

The Metro payroll tax would have taken effect in 2022 and exempt businesses with fewer than 25 employees.

“That, I think, is what the employer community takes issue with,” he said.

Peterson said the coalition isn’t a one person group, and decisions on how a new package would look, whether it would be bigger or smaller, what funding mechanism or mechanisms would be relied on and other factors will be discussed going forward.

“What we’ve heard is that people want a big vision, but we need to figure out how to pay for it,” she said.

It’s clear that business support will be critical.

Peterson wasn’t prepared to say a new tax plan would definitely be temporary.

That was another of the key arguments pushed by opponents, who called the payroll tax a forever tax.

Peterson said the region needs to be able to keep up with population and employment growth in the future. “We don’t have a sunset on gas taxes,” she said of the state funding mechanism for road projects. Vehicle registration fees and Washington County’s property tax fund for transportation are other examples of taxes or fees that aren’t temporary either, she said.

She reiterated that doing nothing won’t work. “We look forward to everybody coming back to the table in good faith and finding a way to get past doing nothing,” she said.

Reading said the onus is on Metro.

“If they immediately start talking about the negotiating table, they will have missed the point,” he said.

Subscribe to Oregonian/OregonLive newsletters and podcasts for the latest news and top stories. 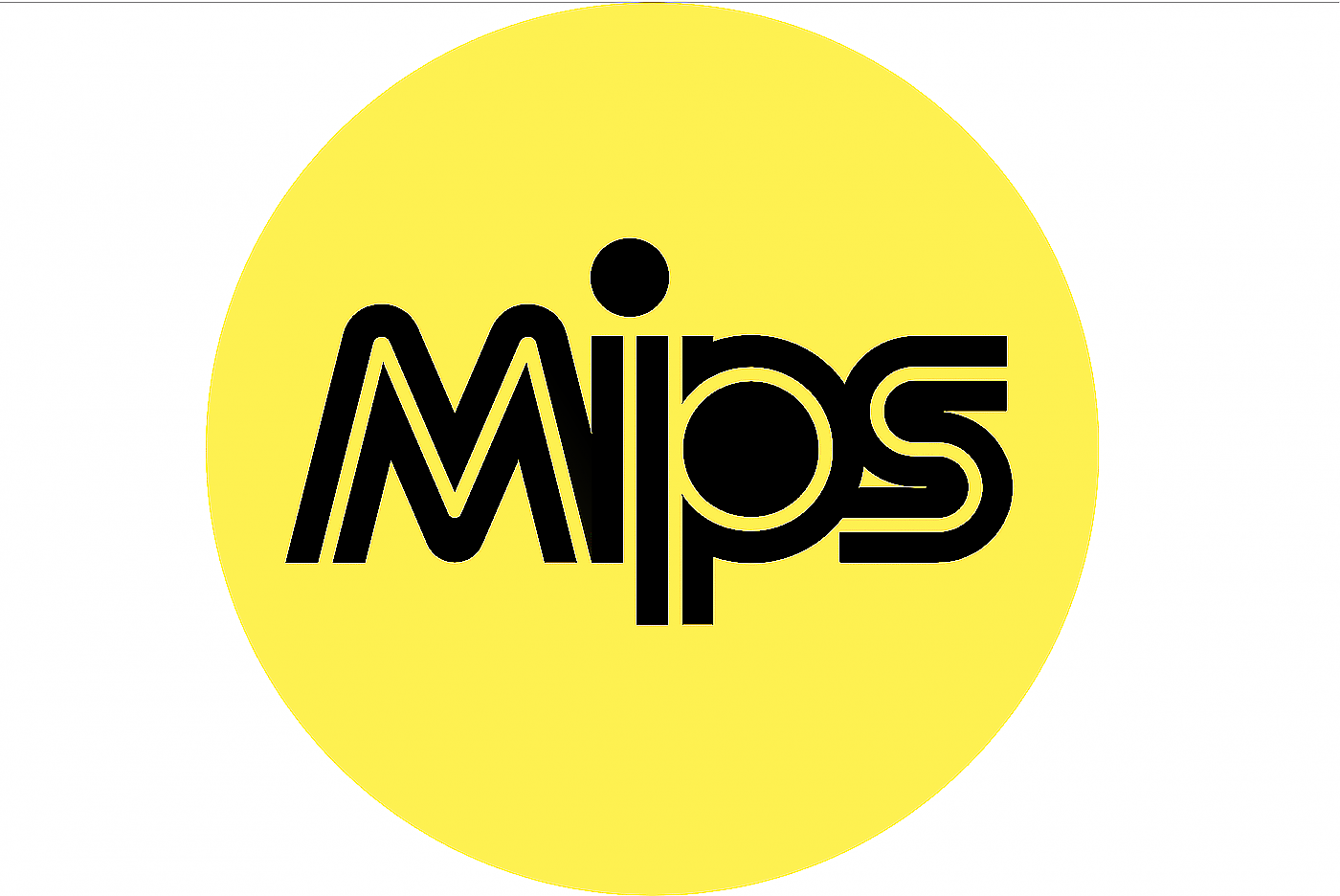