It is practically an article of faith among psychotherapists that an intimate human relationship is good for you. None other than Freud himself once famously said that health requires success in work and in love. I’m not so sure. It seems that for some people, love and intimacy might not […]

It is practically an article of faith among psychotherapists that an intimate human relationship is good for you. None other than Freud himself once famously said that health requires success in work and in love.

I’m not so sure. It seems that for some people, love and intimacy might not just be undesirable but downright toxic.

Not long ago, a man consulted me about his 35-year-old son, who had made a suicide attempt.

“I was shocked, because he never seemed depressed or unhappy in his life,” the man said of his son. “He always preferred his own company, so we were relieved when he started to date.”

He went on to tell me that he and his wife had strongly encouraged their son to become engaged to a woman he was dating. “She was perfect for him,” he recalled. “Warm, intelligent and affectionate.”

Everything seemed to be going well until, one day, the father got a call from his son’s girlfriend. She had not heard from the son for several days, so she went to his apartment and found him semiconscious in a pool of blood. He had taken an overdose of sleeping pills and slit his wrists.

After a brief hospitalization, where he was treated for depression with medication, he returned home and broke off the relationship. Soon after, he moved to Europe to work but remained in frequent e-mail contact with his family. His messages were always pleasant, though businesslike, full of the day-to-day details of his life. The only thing missing, his father recalled, was any sense of feeling.

I got a taste of this void firsthand when his son came home for a family visit during the holidays. Sitting in my office, he made little direct eye contact but was pleasant and clearly very intelligent. He had lots of interests: computers, politics and biking. But after an hour of speaking with him, I suddenly realized that he had not mentioned a single personal relationship in his life.

“Who is important to you in your life?” I asked.

“Well, I have my family here in the States and some friends from work,” he said.

“Do you ever feel lonely?”

And then I suddenly understood. He wasn’t depressed or unhappy at all. He enjoyed his work as a software engineer immensely, and he was obviously successful at it. It was just that human relationships were not that important to him; in fact, he found them stressful.

Just before he made his suicide attempt, he remembered, he had been feeling very uncomfortable with his girlfriend and the pressure from his parents. “I wanted everyone to go away,” he recalled.

Typical of schizoid patients, this man had a lifelong pattern of detachment from people, few friends and limited emotional expressiveness. His well-meaning parents always encouraged him to make friends and, later on, to date, even though he was basically uninterested in social activities.

“We thought he was just shy but had lots of feeling inside,” his father told me.

That’s what his son’s therapist believed too. When I telephoned her, she explained that she had been pushing him over the four years of treatment to be more social, make friends and finally date. She attributed his failure to do this in any significant way to his underlying anxiety and low self-esteem. “With time,” she said confidently, “I expect he’ll make progress.”

When I got off the phone, I wondered if we had been talking about the same patient. I found him calm, detached and self-confident about his abilities and work.

His therapist apparently believed that no one could genuinely prefer solitude and that there must be a psychological block preventing this patient from seeking intimacy.

But after four years of weekly therapy the patient had basically failed to reach any of these goals. You would think that for this reason a therapist would question whether the treatment was really the right type for the patient. After all, if your doctor gives you an antibiotic that doesn’t kill an infection, he or she should question the diagnosis, the treatment or both.

Granted, psychiatric illnesses are generally more difficult to treat than simple bacterial infections, but why should psychotherapy be any less self-critical and self-correcting than the rest of medicine?

I had a hard time explaining all this to the patient’s father. Finally, I came up with an analogy that I had some hesitation about, but since I discovered that both of us were dog lovers, I gave it a try. I explained that some breeds, like Labradors, are extremely affiliative; other breeds are more aloof and will squirm if you try to hold them.

“You mean my son is detached by nature,” he said. “I guess we all pushed him too hard to do something he couldn’t do and didn’t want.”

Emotional intimacy, it seems, is not for everyone.

Mon May 11 , 2020
A look back through the Old Trafford archives offers a striking masterclass from some of the greatest marksmen to have graced English football, with the likes of Mark Hughes, Andy Cole, Dwight Yorke and Ruud van Nistelrooy having plundered goals for the club. Every United fan has their own favourite […] 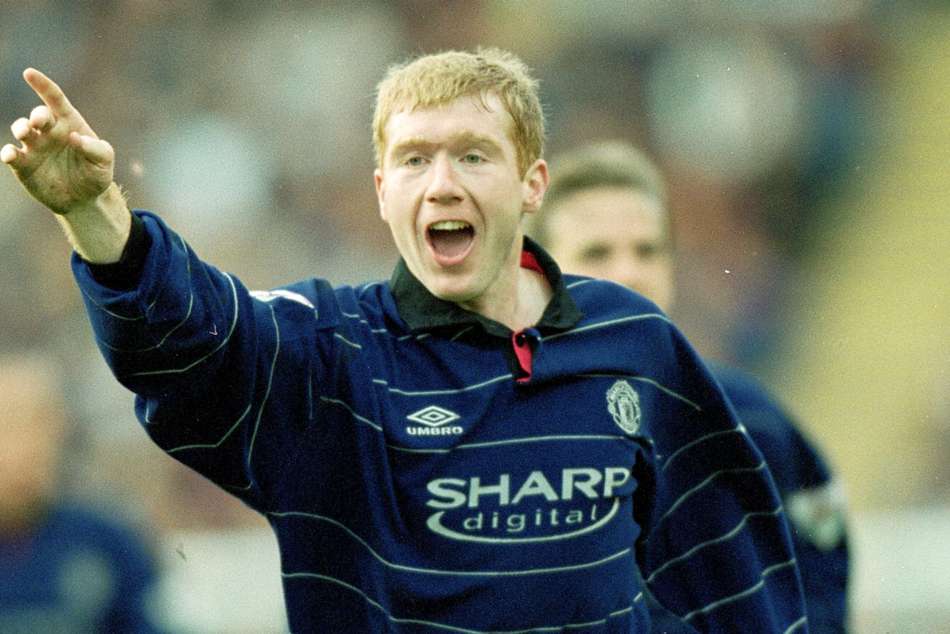