When it comes to electric vehicles, the car can go only as far as the battery can take it, and the lithium-ion battery has made tremendous leaps forward in power, capacity and charge speed capabilities. Thankfully, the chargers themselves have evolved in line with the capabilities of the battery, if […]

When it comes to electric vehicles, the car can go only as far as the battery can take it, and the lithium-ion battery has made tremendous leaps forward in power, capacity and charge speed capabilities.

Thankfully, the chargers themselves have evolved in line with the capabilities of the battery, if not ahead of it.

However, the batteries are soon set to take another leap forward, and the development and subsequent deployment of publicly-available charging infrastructure needs to continue to keep pace.

And with the New South Wales Government’s recent announcement of a plan to fast-track electric car uptake by supporting the rollout of fast-charging infrastructure, it’s important to consider what infrastructure might be part of that rollout, and whether it caters to both today’s and tomorrow’s electric vehicle needs.

The new generation of EVs with batteries in the 100kWh range will require higher power chargers to deliver a positive user experience. Bringing a battery of this size from less than 25 percent full to 80 percent full during a 20-minute stop will require power delivery of around 175kW.

Further, consumers accustomed to petroleum are used to “filling up” at service stations and want to be back on the road in less time than that.

The fears around range anxiety, plug-in time and infrastructure availability are all factors which hinder the uptake of electric vehicles. People are more likely to shift their purchasing focus if their day-to-day routine is not adversely affected – and people are used to the “fill up in five minutes” gas pump experience of today.

Therefore, the deployment of chargers in the 175kW-350kW range will be critical to the rollout of charger networks in the future – while some drivers are content using the 50kW fast charger equivalent, others such as taxi drivers, truck drivers and fleet managers will look for a speedier serve, as will many typical drivers transitioning to an EV for the first time.

At the lowest setting (175kW) these chargers can add up to 175kms additional range to the 100kWh battery in just 10 minutes, while a charger in the 350kW setting will add the same amount of range in just five minutes – comparable to today’s petrol station experience.

When the chargers are set to 475kW, the charge rate will be faster than any current petrol station refueling experience.

It’s only the capability of current batteries that is holding back the deployment of high-power chargers at the 475kW setting.

This is why, for now at least, network operators around the world are beginning to look at the 350kW DC high-power charger as the new standard for publicly-available chargers on highways, where space is plentiful and they can replicate the service station experience.

Locally, network operators such as Evie and Chargefox are deploying 350kW chargers at sites across Australia. In Europe, the IONITY network – a joint venture between the BMW Group, Ford Motor Company, Daimler and the Volkswagen Group with Audi and Porsche – is rolling out a network of 400 publicly-available 350kW High-Power charging sites across the continent

Last year, the US Department of Energy provided US$3.2 million to the Electric Power Research Institute (EPRI), a non-profit research organization, to develop extremely-fast electric vehicle chargers that can connect directly to a medium voltage grid.

Currently, chargers connect to the medium voltage network (commonly found on industrial and certain commercial sites) but do so using transformers which take up significant space on a site. Reducing the need for transformers will thus reduce the physical footprint of a charge site and allow them to be deployed in space-confined areas, at a much faster rate.

Improvements in both batteries and charging will play a key role in driving the world towards a place where electric vehicles are the norm.

It is our belief that the infrastructure is being developed ahead of the evolution of the battery, thus future-proofing charging networks and ensuring automakers can continue to innovate and roll out the next wave of EVs knowing their customers will be able to make the most of them.

James Kennedy is the Chief Technology Officer and co-founder of Tritium, a world leader in the development and supply of DC fast-charging solutions for electric vehicles.

RenewEconomy and its sister sites One Step Off The Grid and The Driven will continue to publish throughout the Covid-19 crisis, posting good news about technology and project development, and holding government, regulators and business to account. But as the conference market evaporates, and some advertisers pull in their budgets, readers can help by making a voluntary donation here to help ensure we can continue to offer the service free of charge and to as wide an audience as possible. Thankyou for your support.

Fri Apr 3 , 2020
Image copyright Danielle Keeton-Olsen Image caption Workers fully assemble each bike and then detach the wheel for shipping from the factory Made in Cambodia is a common label on clothing from shirts and skirts to cycling shorts, but these days there’s a good chance the bicycle itself will also have […] 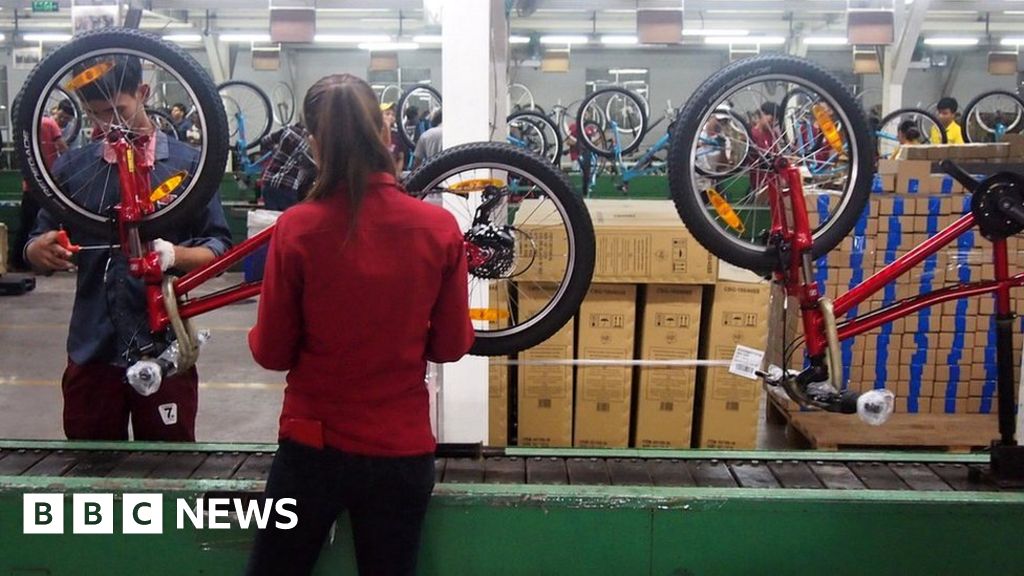