CLOSE We’ve heard a lot about voter suppression as we approach Election Day. So what is it and how does it manifest itself? The Associated Press explains. (Oct. 5) AP Domestic The U.S. Court of Appeals for the 6th Circuit has ruled in favor of Michigan’s Republican-led Legislature, reinstating the state’s ban […]

We’ve heard a lot about voter suppression as we approach Election Day. So what is it and how does it manifest itself? The Associated Press explains. (Oct. 5)

The U.S. Court of Appeals for the 6th Circuit has ruled in favor of Michigan’s Republican-led Legislature, reinstating the state’s ban on hiring transportation to carry voters to the polls after a state court issued an injunction against the Michigan law.

The case, Priorities USA et al v. Nessel,was among the earliest election-related lawsuits filed in Michigan in what experts say is the most litigious election season in American history. In a complaint filed in U.S. District Court for the Eastern District of Michigan in late January, a Democratic super PAC — Priorities USA — and two voter advocacy groups — Rise Inc. and the Detroit/Downriver Chapter of the A. Philip Randolph Institute — asked the court to issue an injunction against the state’s ban unless a voter is physically unable to walk.

Workers at the City of Detroit Department of Elections in Detroit sort through absentee ballots. The November general election will likely see a record number of absentee ballots cast in Michigan, but voter advocacy groups have argued that state restrictions on transporting voters to the polls creates a barrier to in-person voting. (Photo:
ryan garza Detroit Free Press
)

Michigan’s law was enacted in 1895 to prevent “vote-hauling,” the practice of securing votes by bribing voters with transportation to the polls, the court said in its majority opinion, written by Judge Danny J. Boggs and joined by Judge Deborah L. Cook.

“Michigan’s ban on voter transportation is one provision among several others in the statute intended to prevent fraud and undue influence,” the opinion states.

More: Michigan prepares for possible legal challenges on and after Election Day

In his dissent, Chief Judge R. Guy Cole Jr., said that Michigan’s Legislature did not have standing in federal court in this case. Federal law preempts Michigan’s voter-transportation statute, Cole said, noting that the Federal Election Campaign Act precludes states from limiting expenditures regarding federal candidates. Cole said that Michigan’s election law prevents organizations from spending money to support federal candidates if that money is used to transport voters to the polls.

In 2018, the ride-sharing company Uber offered discounted rides to the polls on Election Day in every U.S. state except Michigan.

The ruling puts into question some free ride programs offered in Michigan, such as one recently announced partnership among a number of voter advocacy groups in the state. The program promised to assist any voter in need of a ride.

In response to the Court of Appeals decision, Michigan Democratic Party chair Lavora Barnes said: “The Republicans have once again purposefully created another barrier to voting. Every voter in this country, including Michiganders, has the right to access the polls. For some, that simply means they need a ride.”

Welcome to the Detroit Free Press 2020 Voter Guide. The Free Press asked candidates in most of the contested races in Macomb, Oakland and Wayne Counties questions about a host of issues. Enter your address to see what the candidates on your ballot had to say, from U.S. Senate to your local school board. You will only see an accurate ballot if you enter your full address. Your information will not be shared with anyone.

Sun Oct 25 , 2020
The long-awaited east-west rail draft report was released on Monday but has many listening to the public presentation on Thursday evening, “shocked” at the lack of clarity and misleading data in the report. “I think the Massachusetts Department of Transportation is the department of too many studies or department of […] 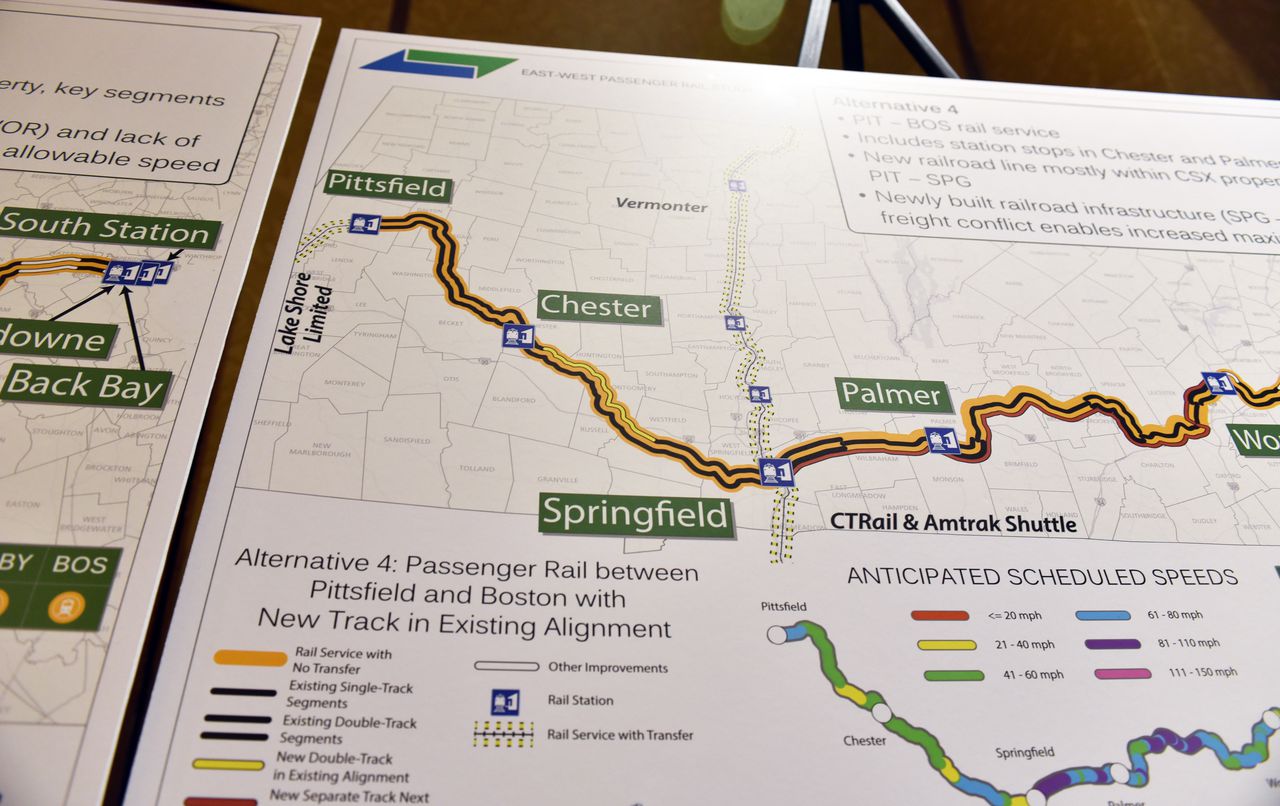