In the late 1960s and early 1970s, young Danes took to the streets like their counterparts across the globe — protesting a political and societal system they believed was unjust, discriminatory and out of step with the times. And as oil prices spiked, they fought to keep their cities and […]

In the late 1960s and early 1970s, young Danes took to the streets like their counterparts across the globe — protesting a political and societal system they believed was unjust, discriminatory and out of step with the times.

And as oil prices spiked, they fought to keep their cities and towns free from the congestion, pollution and noise caused by gas-guzzling automobiles.

Their efforts paid off; Danes boast some of the highest bicycling rates in the world. In Copenhagen, the nation’s capital, where there are more bicycles than people, 62% of its residents commute to work or school by bike. Nationwide, 26% of all trips under 3½ miles are made on bicycles.

Now U.S. bicycle enthusiasts, advocates and industry analysts are wondering if some U.S. cities are on the brink of a Copenhagen remodel.

The combination of the coronavirus, shelter-in-place orders that kept cars and trucks off the roads, and a swell in activism have brought bicycle riders out in record numbers and made many reimagine city and suburban life — without the cars, traffic and polluted air.

“I feel awkward crowing about bicycle sales and ridership when so many people have lost their jobs,” or are ill or have lost love ones, said Tim Blumenthal, president and CEO of PeopleForBikes, a national bicycle advocacy group based in Boulder, Colo. “But, trends are looking up. And I think there has been a fundamental change.”

From March through mid-June 2020, Eco-Counter, a Montreal-based engineering company that designs and provides bicycle and pedestrian counters, and analyzes data measured a 21% increase in U.S. urban-area ridership compared to the same timeframe in 2019.

During that same period, the Rails-to-Trails Conservancy saw a 110% increase in ridership on rail-trails compared to the same time in 2019.

“I try not to get too hopeful,” said Blumenthal. “But I do think a lot of this momentum will remain” as time goes on.

He said according to a weekly PeopleForBikes survey of 932 U.S. adults, 9% of American adults say they rode a bike for the first time in a year, because of the pandemic. And a majority of those riders say they will continue riding after shelter-in-place orders are removed.

In addition, roughly 42% of those “reactivated” riders have children, said Blumenthal.

“Given the widespread cancellation of youth sports programs, bike riding is one of the few outdoor activities that kids of all ages can safely and practically participate in,” said Blumenthal, noting a big surge in kids bike riding.

In the Bay Area, families are inundating roads with cycling outings. On Saturday, a dad and two adolescent sons were seen descending Woodside’s notorious Old La Honda — a favorite climbing route by road cyclists along the Peninsula. Nearby, scores of families sprinted, and dawdled along Cañada Road, which parallels Interstate 280 in the valley carved by the San Andreas fault.

Rainer Zaechlin, the owner of Menlo Park’s Menlo Velo, a small bike shop along El Camino, said in the 25 years he’s run the shop, he’s never been so busy.

Waitlists for standard tune-ups, which usually book out no more than a day or two, are running four-plus weeks, he said.

And his supply of available bicycles — especially those costing less than $1,500 — is in short supply.

Other Bay Area bicycle retail shops report similar shortages, and few entry-level bikes could be found on a search of Craigslist, EBay and Google. Top-of the-line bicycles, however — those that cost more than $2,000 — were available.

Blumenthal and Zaechlin both said recreational bicycle orders are now taking weeks, if not months, to complete.

“Many production facilities had to shut down” during the pandemic, said Blumenthal.

Add that to a slump in trade with China, where many bicycle parts and components are manufactured, and the dearth is not surprising.

Nolan Moser, assistant vice president for the North American division of the Japanese bicycle component manufacturer Shimano, said sales for his company’s products were also in high demand. “New riders are getting into cycling, or people are returning to cycling by fixing and using their existing bicycles,” he said.

According to PeopleForBikes data, bike sales were up substantially from last year — 65% greater than year-to-date 2019.

“The last three months stand as perhaps the best quarter for the bike industry in the last 50 years,” he said, harking back to the early 1970s when “bike sales were boosted by the Arab oil embargo, which created long lines at gas stations and expensive gas prices.”

Others, however, are more circumspect.

“I worry that the momentum we saw was short-lived,” said David Snyder, the executive director of the California Bicycle Association, a bicycle advocacy organization in Sacramento. “The cars are already back.”

He said his organization’s research has shown that most Californians ride bicycles. The problem is they don’t feel comfortable riding on the roads. Instead, they ride when they’re on vacation or on rare occasions.

That hasn’t stopped his organization from trying “to leverage the moment to make routes and bicycling safer” for people, he said.

And he’s happy to see Caltrans designate $7 million to “quick build” projects for local bike safety infrastructure. The state provides $220 million annually for bike safety projects, but because of the pandemic, it has delayed the application process.

The $7 million infusion will allow cities and towns to set up temporary protective barriers on roads, for instance, to pilot bike lanes, or safe areas around street parking.

He also pointed to the cities that have created “Slow Streets,” where cars traffic is limited. Since the beginning of pandemic, Oakland, San Francisco, Redwood City and others have set aside certain streets to encourage more safe outdoor recreation.

Google Maps is now showing these streets, and many, including Snyder, are hoping they become permanent.

On Tuesday, Javier Melendes, 15 and Jesse Rivera, 13, of Redwood City were taking advantage of the lack of traffic on Redwood City’s Stambaugh Street.

“There aren’t many cars,” Javier said, adding that when they do appear, “we like to slow them down by doing wheelies and tricks. It’s fun.”

In Los Angeles, by contrast, officials resisted closing streets during the shutdowns, ostensibly because health officials feared they could encourage crowds to assemble and spread the virus.

Maybe, he said, it’ll be the children who started riding during this brief window who will grow up and make that change.

“What happened in Denmark didn’t happen overnight,” said Blumenthal of PeopleForBikes, which has seen a jump in the number of children riding bicycles.

It was the children who grew up on bicycles during Denmark’s surge that really ushered it forward, he said.

Car burglaries in some California cities are at crisis levels. Prosecutors say their hands are tied

Sun Jun 28 , 2020
An epidemic of car burglaries in San Francisco over the last few years has led one Democratic lawmaker to propose plugging a loophole in state law that allows some break-ins to go unpunished, but the Legislature has balked at prosecutors’ requests to make obtaining convictions easier. The proposal, which would […] 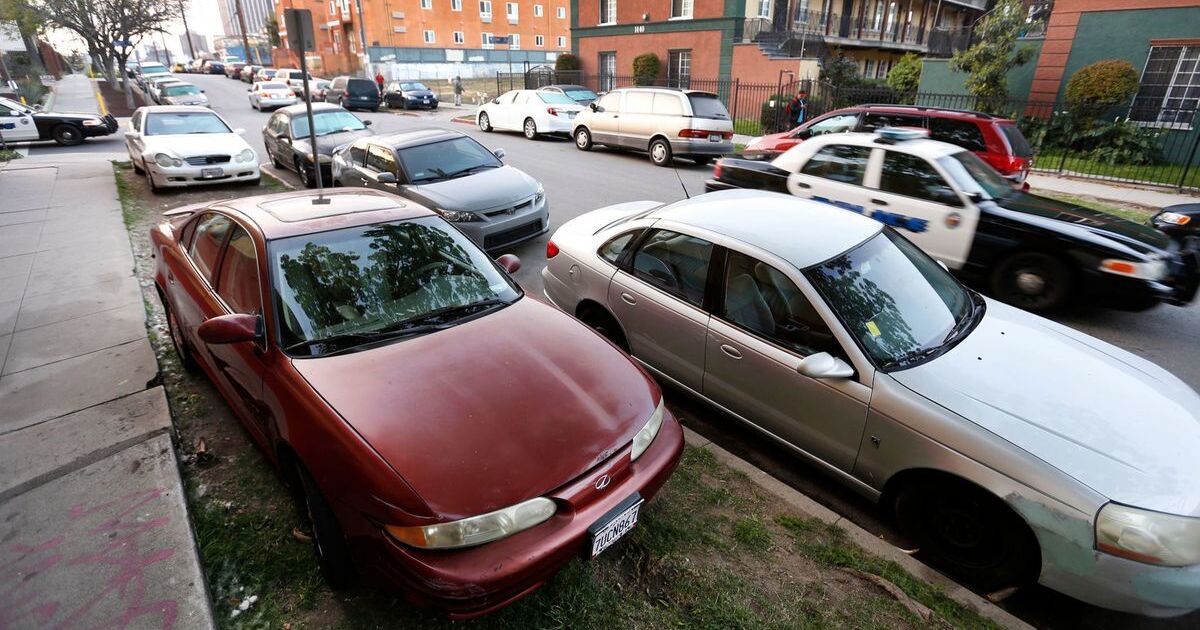