26 Days until Bikes and Beers Frederick

Join us at the Flying Dog Brewery
More Info 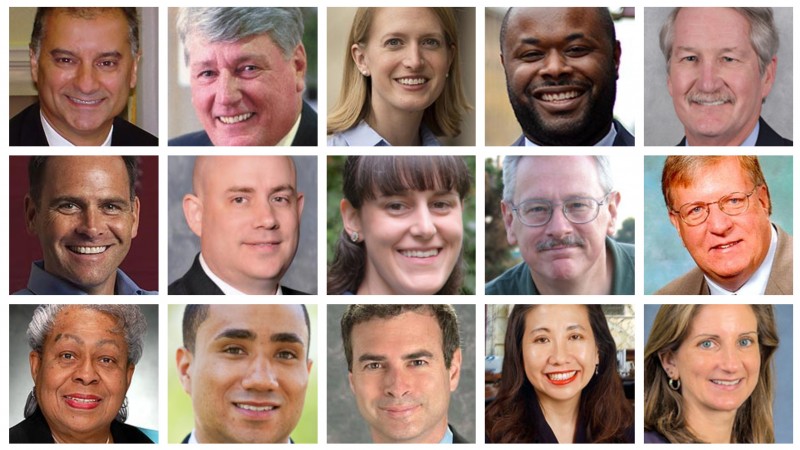 Legislative Champions 2019As you may have noticed – Cyclists had a pretty good legislative session this year.

In order to properly celebrate and give appropriate thanks, we will be using this space to thank those Delegates and Senators who did so much to help keep cyclists (and pedestrians and all road users).
Speaker Mike Busch


Speaker Busch never took the lead as the primary sponsor on any of Bike Maryland’s priority bills, but his leadership played a critical role in each and every one of our legislative victories. The Delegates who championed our issues were able to succeed because they had the support of their coach, Speaker Busch. Over the 17 sessions he served as Speaker, Maryland has made significant progress on intermodal transportation policy, and in this past session, every bill we actively supported passed the House of Delegates. That simply would not happen without the strong leadership and support of the Speaker.

At the beginning of the session Bike Maryland, with our partners at Rails to Trails, went to Delegate Lierman with a bold proposal to DOUBLE the money allocated to the Maryland Bikeways program. Delegate Lierman didn’t hesitate in agreeing to be our sponsor – she did warn us though, that a bill requiring money be spent in future budgets would not be an easy task to get through this year and she told us that we would need to work HARD to get this bill passed. We did work hard, and Delegate Lierman was leading us every step of the way. She used all the tactics in the playbook to ultimately pass the bill (we even had an hour and fifteen minutes to spare in the legislative session).
Senator Jim Rosapepe


Senator Rosapepe has been a champion for bicyclists longer than most of us here at Bike Maryland. The front of his office is adorned with his many accolades in the support of cycling. Naturally, he stepped up immediately to be our Senate sponsor of the Bikeways bill. Most of what he did, he did so behind the scenes, out of the limelight, simply guiding our bill through the Rules Committee, the Budget Committee, and the floor of the Senate. However, on the last day of session, as the bill went for final passage and any delay would likely kill it, Senator Rosapepe stood up to defend it against an attack on the floor – making certain it passed the Senate in time to go back to the House for final passage.
Delegate Julie Palakovich Carr


Bike Maryland recently learned (from a podcast cuz we’re nerds) that Fernando Valenzuela was the only player to ever win Rookie of the Year and the Cy Young in the same year. Our Fernando Valenzuela Award goes to Delegate Palakovich Carr who sponsored the legislation for Maryland to adopt a Vision Zero Policy, committing to zero traffic fatalities by 2030! The bill passed every committee and floor vote in both chambers UNANIMOUSLY. You will be hearing A LOT more from us on Vision Zero but it’s kind of a big deal. Vision Zero will shift our approach from getting everyone in a car to their destination as quickly as possible to getting everyone on the road (regardless of vehicle or lack thereof) to their destination safely.
Delegate Lorig Charkoudian

For the last couple of years, we have been working to strengthen Maryland’s Complete Streets policies throughout the relevant agencies. This year Delegate Lorig Charkoudian introduced HB 82, which was cross-filed by Senator Cory McCray as SB 116. These bills built on existing law by adding access to healthy foods to the state’s Complete Street policies. We love and support these bills (which passed both houses overwhelmingly). They will get policy makers to move away from the idea of individual streets being accessible to all types of transportation and instead focus on transportation networks being used to get people where they need to go and where our current transportation network is failing. While many often dismiss complete streets policies as just a boon for recreational and leisure activities – when done right they make it possible for people to use our roadways to get to basic and critical needs.

Every advocacy group has legislators who are undeniably your rock of support. At Bike Maryland we are truly blessed to have many in Annapolis, but none more so then Delegate Steve Lafferty and Delegate Andrew Cassilly.

Delegate Lafferty has been a stalwart for us from pushing MDOT into broader complete streets policies to being a strong advocate for bicyclist and pedestrian safety. During the 2019 session, Delegate Lafferty was again the sponsor of the Vulnerable Road User bill, which he successfully navigated through to a unanimous vote in Committee and a unanimous vote by the full House. He also put forward the most compelling defense of the bill to the Senate Judicial Proceedings Committee though that committee failed to move forward on an acceptable version of the bill.

Bike Maryland first met Delegate Andrew Cassilly when he made a significant contribution to the Bicycle Safety Task Force. For the past two years Delegate Cassilly has led the effort to eliminate the narrow road exception to the 3 foot rule. This year it passed the House 140 – 0 but received an unfavorable report in the Senate. Delegate Cassilly is also working closely with Bike Harford to increase opportunities for safe cycling.
Delegate Kumar Barve


As everyone knows, one critical part of being successful in any legislative initiative is support from leadership. Our unparalleled success in the House this year is in large part due to having champions in Delegate Kumar Barve and Delegate David Fraser-Hidalgo.

Delegate Barve is the Chair of the Environment & Transportation Committee. He has been a staunch supporter of making our streets safer for bicyclists and pedestrians. His leadership was instrumental in making Maryland the third state to enact Vision Zero and in the unanimous House support of the Safe Pass and Vulnerable Road User legislation.

The nitty-gritty of most legislation happens at the subcommittee level. Cyclists are very lucky that we have Delegate David Fraser-Hildago as Chair of the Transportation subcommittee. As a cyclist and former police officer, he generously shares his expertise and shepherded Safe Passage, Vulnerable Road User, and Vision Zero bills through their unanimous passage.
Senator Delores Kelley


As previously mentioned, in order for any legislation to move through to passage, you must have support from leadership.


Senator Delores Kelley is Chair of the Senate Finance Committee and gave Vision Zero a fair and clean hearing, while making sure it never stalled or was put in a drawer or back burnered for more high profile/priority legislation.

Senator Brian Feldman, the Vice-Chairman of the Senate Finance Committee, shepherded the landmark Vision Zero through the Committee. Senator Feldman gave us regular updates and great advice as the bill made its way through the Senate.

Senator Edward Reilly was the Senate floor leader on the Vision Zero legislation. Senator Reilly presented the bill and answered questions from other members. As a result of his leadership, Maryland became the 3rd state to enact Vision Zero with a unanimous Senate vote. Senator Reilly is a committed cyclist who regularly rides the B&A Trail.

Our final episode is about our steadfast champions in the Senate.

Senator Will Smith was the lead co-sponsor of the Safe Passage and Vulnerable Road User legislation and provided sound advice as we tried to overcome challenges in front of the Judicial Proceedings Committee.  In addition, Bike Maryland is proud of Senator Smith for his service in the Navy Reserve and which him a safe return from his deployment to Afghanistan. 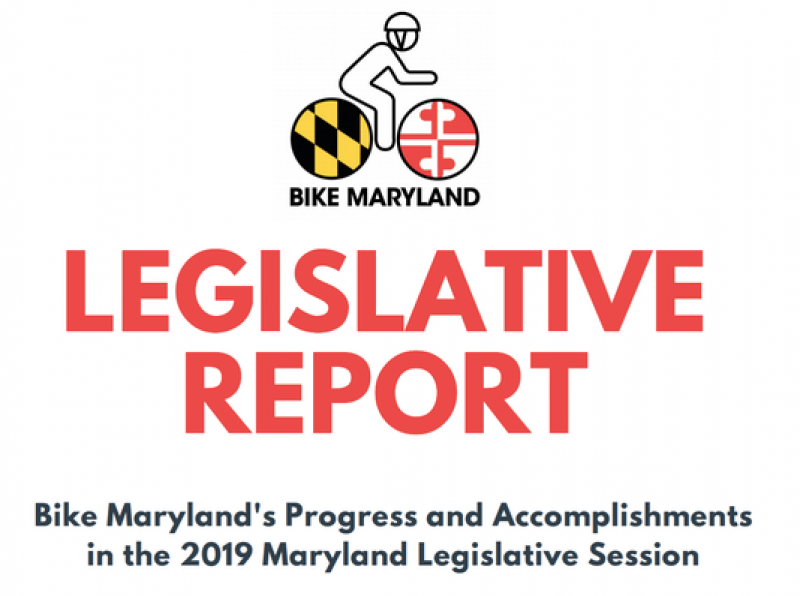