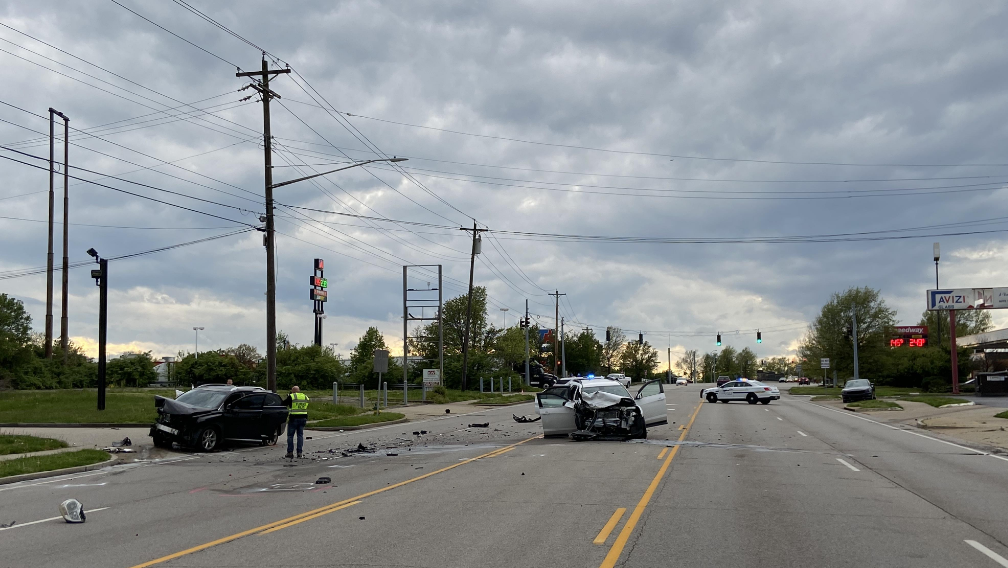 Two people were killed in a two-vehicle crash in Northern Kentucky on Wednesday.Police responded to the crash at KY-18 near the intersection of Ewing Boulevard in Florence, Kentucky, around 6:18 p.m.According to the Florence Police Department, after investigating, police learned Brian Smith, 43, of Union, Kentucky, was driving his Lexus SUV westbound on KY-18. For unknown reasons, the SUV crossed into eastbound traffic hitting a Chevrolet Equinox SUV, which was occupied by a driver and a passenger.All three people involved in the crash were taken to the University of Cincinnati Medical Center for treatment. According to police, Smith died at the hospital. The passenger of the Chevrolet Equinox, Mary Ann Smith, 70, of Burlington, Kentucky, also died at the hospital from her injuries. The driver of the Chevrolet Equinox remains at the hospital for